Biogen is by far the global leader in MS, both in terms of the number of drugs it has to offer as well as market share. It is important we defend and enhance this position. In January 2017 we introduced Nusinersen, a breakthrough treatment for spinal muscular atrophy (SMA).

Dr. Papadopoulos, you are now completing your fifth year as Chairman of the Board of Directors of Biogen. Briefly, would you say you have been successful in attaining the goals you had set out for yourself and the Company five years ago?
This is a difficult question to answer. When I took over as Chairman in June 2014 the company was a year into the launch of dimethylfumarate, our oral Multiple Sclerosis (MS) drug, and the plan was to expand our global MS franchise and on its heels follow with a broad portfolio of drugs for Alzheimer’s Disease (AD). Unfortunately we soon went into a crisis mode as the growth rate of dimethyl fumarate began to slow down which led to an earnings guidance revision in July of 2015 followed by a significant drop in the stock price and subsequent changes in the management ranks. Our new management team has stabilized our MS business but the recent disappointment in the clinical development of aducanumab, our lead AD drug, has put the company in the middle of another significant challenge. In summary, the past five years have been more a time of addressing challenges than executing on a strategic plan.

What are your priorities for the near-term and where do you hope Biogen will be three years from now, notwithstanding the challenges in the space of innovative drugs?
Biogen is by far the global leader in MS, both in terms of the number of drugs it has to offer as well as market share. It is important we defend and enhance this position. In January 2017 we introduced Nusinersen, a breakthrough treatment for spinal muscular atrophy (SMA). We need to continue serving this group of patients with ever improving therapies and expand to other neurodegenerative conditions. Lastly, we need to determine what can be accomplished and pursued in terms of drug development in the AD space.

For many years, Biogen has been the dominant market participant for drugs to treat MS. What do you envision to be Biogen’s innovative contributions in this therapeutic category over the next few years?
I have a biased view in this matter, but I believe that in INTERFERON BETA-1A we have the best interferon, in dimethyl fumarate the best oral and in natalizumab the best high efficacy injectable medication. In summary, I believe we have the leading compounds in each one of those classes. However, we have not maintained our leadership role as well as I would have liked in the last few years and we have seen competitors introduce drugs with novel mechanisms of action or in new disease states. I hope we will be in the lead again, by expanding the capabilities of our current drugs, by introducing digital medicine approaches and through our work in remyelination.

Recently Biogen introduced nusinersen, a revolutionary new therapy for children suffering from SMA, a previously untreated condition. How did Biogen accomplish the scientific feat that led to this drug?
It took scientific imagination and willingness to take risk. Our scientific leadership at the time became convinced that an approach pioneered by Ionis, a biotech company specialized in antisense oligonucleotides as drugs, made scientific sense and convinced our board of directors to embark on the project in January 2012. In a record setting development program, albeit with significant cost overruns, clinical studies were initiated shortly thereafter, were completed, the application was submitted to the Food and Drug Administration and approval was received by December 2016. The urgency was felt by the Ionis and Biogen scientists as well as the FDA regulators because for the severe form of SMA, Type 1, no treatment existed prior to nusinersen and newborns with the condition typically died before they reached the age of two years. Children receiving nusinersen now appear to follow normal growth curves. Older patients with less severe form of SMA, Type 2 and Type 3, are also under treatment. In all, about 7,500 patients have received nusinersen since the drug was introduced two and a half years ago with very encouraging results. 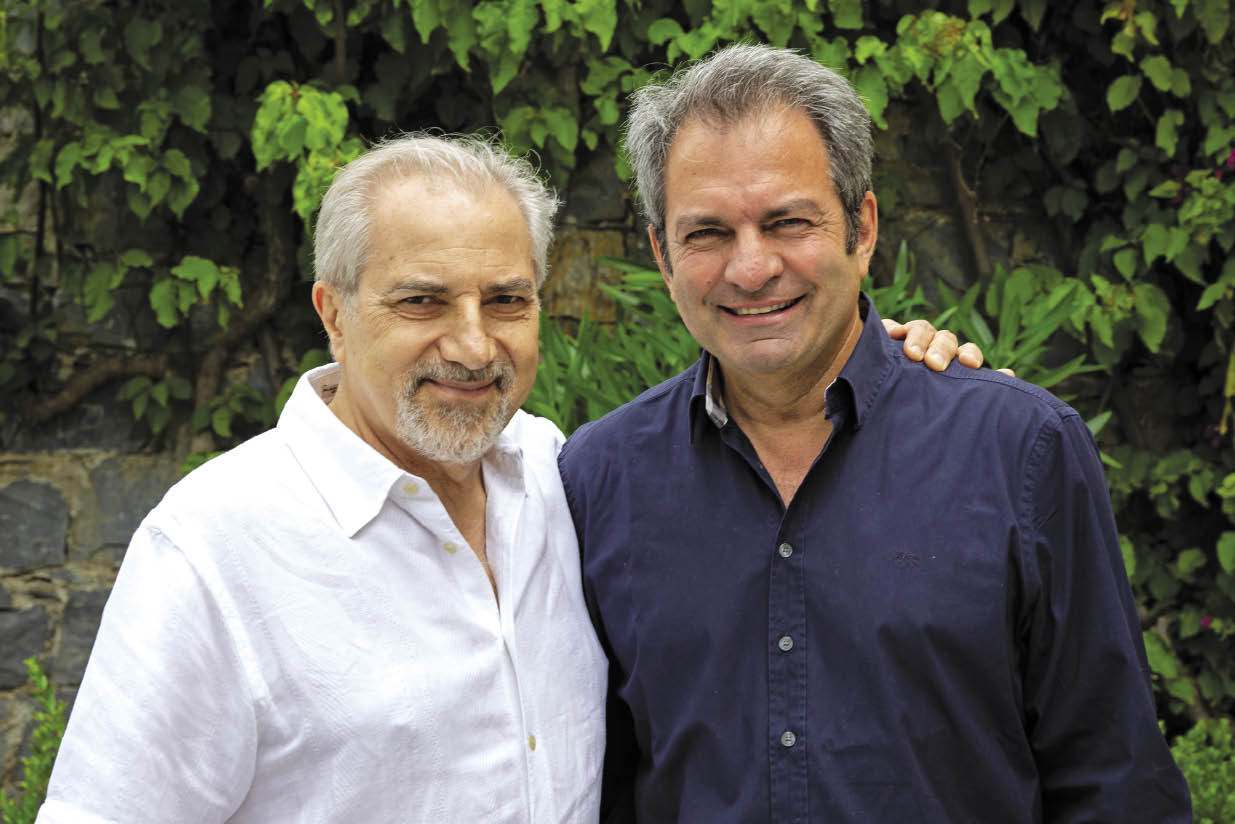 What are some of the most exciting programs currently under development at Biogen that may lead to important new therapies?
Amyotrophic Lateral Sclerosis (ALS) is a debilitating neurodegenerative condition for which there is no cure. The cause is not known in the vast majority of the cases, but for up to 10% of the cases there are specific genetic mutations that are reasonably well understood that are implicated in the disease. Biogen has a clinical program, again in partnership with Ionis, targeting the SOD1 mutation. Recently we announced very encouraging results and we are now expanding the scope of the clinical program hoping the work may lead to an approvable drug. Even though the number of patients with the SOD1 mutation is very small we hope clinical progress will shed light into the disease mechanism and allow us to design strategies to target patients with different mutations and ultimately the large number of sporadic cases.

Recently, Biogen announced the discontinuation of its late stage clinical development program in AD. What are your thoughts about this major global public health problem and what will Biogen do going forward?
AD represents the single largest health care challenge. Approximately a third of Americans over 85 have AD and even though this represents only about 1.7% of the total population that percentage will double over the next thirty years as the population ages. The statistics in Western Europe are similar. Clearly, we need effective drugs but unfortunately our efforts to date have proven fruitless. In spite of the aducanumab failure, Biogen still has two more drugs in clinical development in partnership with Eisai, both aiming at disruption and clearance of amyloid plaque that so far has proven inefficacious. We also have a number of other programs pursuing different mechanisms of action. The failure of aducanumab has not convinced us to abandon AD research but we must admit it has made us that much more cautious.
There is much talk about digital medicine, big data and, in general, applications of artificial intelligence in the field of drugs. What are your thoughts on the subject?
You simply cannot ignore the power of science and technology as they advance. One of the great opportunities for biology and medicine today is the advent of sophisticated techniques that allow rapid and efficient data handling as well as the miniaturization of smart devices all culminating in the ubiquitous iPhone. Purposefully, I avoided using the terms in the question because we are now at the point where AI (artificial intelligence), ML (machine learning), DL (deep learning), etc. are sprinkled like salt and pepper on everything without true appreciation of suitability or validation. Still, this is the future, and it is inescapable. We simply need to be thoughtful and methodical in how and where we apply these capabilities. 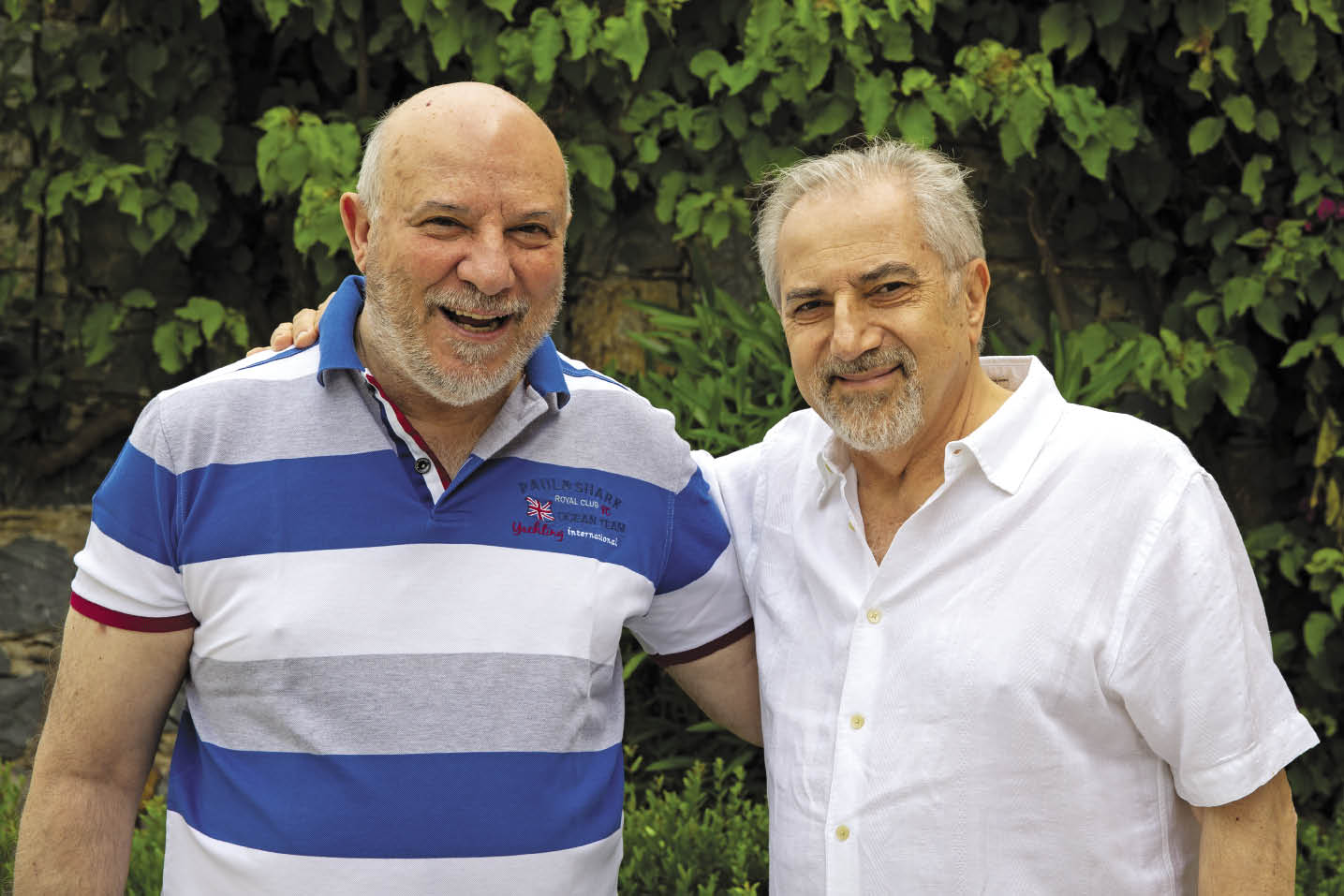 In Greece Biogen is represented by Genesis Pharma. What are the future plans of collaboration between the two companies?
Genesis has been a great partner for Biogen for about two decades. We recognize that our main strength is innovation in neuroscience. We also know a lot about the U.S. market as well as the major European and Asian markets. However, the smaller country markets are all very idiosyncratic and having a trusted partner that can effectively navigate through the local waters is the best way to go. I certainly expect that our partnership will continue and hope that we will be able to expand it in the years to come.

In Greece there is a great deal of commercial interest in setting up operations to produce and distribute generic drugs but little is done to promote innovative science and, in particular, innovative new pharmaceuticals. What can be done to change this?
I am a supporter of the generic drug industry because it provides patients with affordable access to off-patent medications. I think the notion of Greece being a place where research in innovative pharmaceuticals can take place is a tall order. It requires a scientific infrastructure that needs to be competitive globally in terms of depth and breadth. In addition, the local companies must be prepared to invest significant capital in risky R&D in the pursuit of innovative programs. All that is beyond what is attainable at present. Perhaps, a near-term middle ground could be joint venture projects with international biopharma companies involving specific R&D or manufacturing projects.

You are the Chairman of Fondation Santé, an organization that has been active in supporting Greek scientists. What can you tell us about this?
Spyros Artavanis and I met in 1991 when he was a Professor at Yale University and I was an investment banker on Wall Street. First we co-founded Exelixis, a company that has evolved into a very successful oncology-focused company. Subsequently, we co-founded two more companies. Later on he served as Chief Scientific Officer at Biogen before going back to Harvard University. In 2000 we decided to start a foundation to promote education and research in biomedicine in Greece. Thus Fondation Santé (www.fondationsante.org) was born which over the years has undertaken several programs. Our most important initiative which is our core activity since 2012 is our Biomedical Research Grant Program through which we have provided €2.6 million of grant support to scientists carrying out research in academic institutions in Greece. The funds are contributed by us as well as other Greeks of the Diaspora and our friends, all part of the global biopharma industry and all true philhellenes. Perhaps the most important aspect of the program, as articulated to us by the grantees, is its regularity (every September the grant announcement goes out, every January the results are announced, and every March the funds are disbursed) and the objectivity of the review process in that the Scientific Advisory Board that judges the applications consists of truly remarkable scientists including several Nobel Laureates.